I don't know if it's the same in North America, but in Russia on some roads geographical borders are marked with monuments. It may be the border between Europe and Asia or in this case border line of North Polar circle.
The monument has been here for a while and as it happens people try to leave a trace as they travel by. So after annual refreshment the monument is like a new white board and in 12 month it looks like on the pictures below. 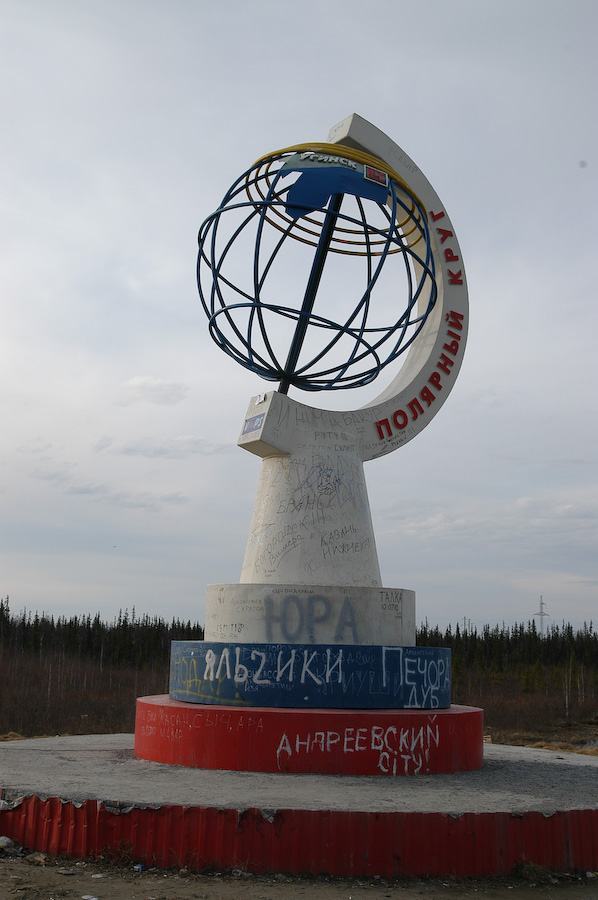 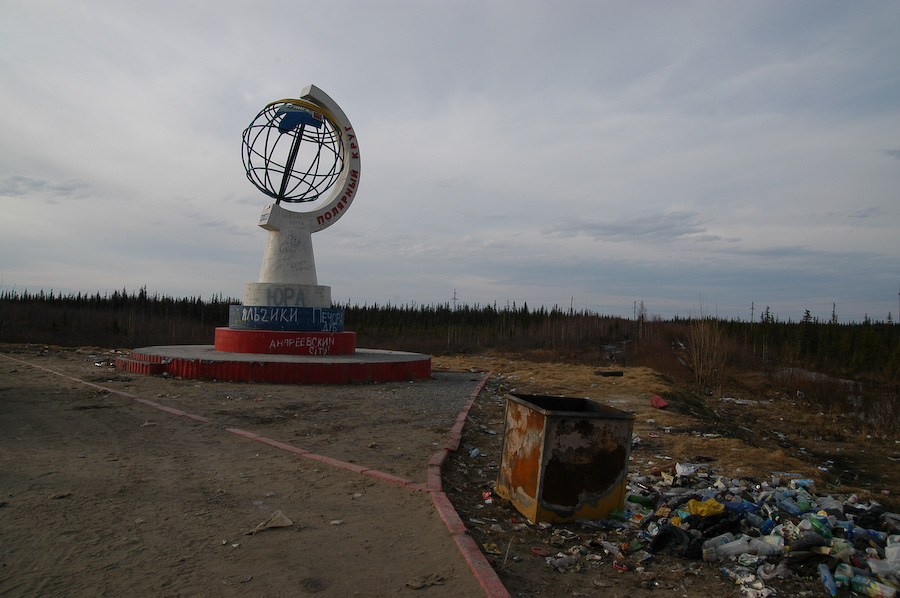 Also people like to have a drink or two here and bottles are accumulating through the year to be removed in summer.
After the waste is removed and monument is painted it looks pretty nice actually.
Collapse